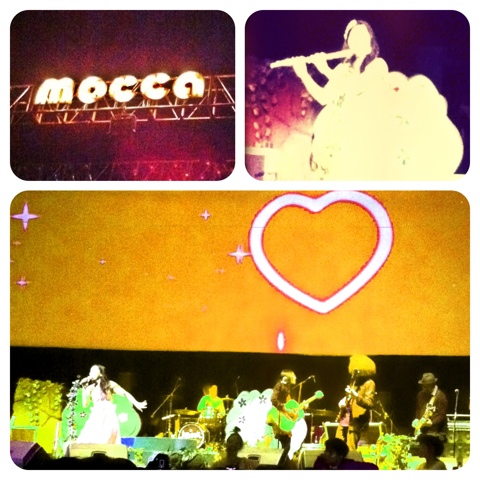 Mocca is one of my favorite Indonesian band. Their music genre is sweet pop with the touch of swing. I like their songs because the lyrics are simple and relate to my life — well, I think anybody’s life.

Last night was their last show, although they said that they’re not gonna break up as a band. It is just a temporary stop, as Arina their main singer will move to USA to live with her dream prince.

I got started to be familiar with their music in late 1990-s, when they released their first album titled Friends. They got my ears at that time becos their choice of genre is unique, unlike any other band. Though I havent followed up their latest album, but sometimes I played their song from internet.

Well, I do believe this temporary stop is just an end of a period of their journey. And like people say, an end of something is alway a beginning of something else.

Good luck Mocca! Never stop, because hundreds of thousands people around the globe will be waiting for your comeback to tell them their swinging life stories. At least I will. Cheeers!