Today is Indonesia’s independence-day! Her birthday! I love Indonesia, my country, because she’s a Leo too, just like me. This year marks the 69th birthday of my beloved country! Yeiiiy..!!

Besides the formal celebration, like flag-rising ceremony in many government offices and public schools, including in the state palace lead by our president, people celebrate the nation-state’s birthday with gatherings and also activities that will tighten the bonds amongs the brothers and sisters in society, especially in the neighborhoods. Usually the bonding activities are in the form of games –both for kids and adults.

One of the most famous games is ‘eating crackers’ game. This game is usually for kids. Several kids will stand in line and will race to eat the hanging crackers. The one that eat the most part of the cracker within a certain period of time will be the winner. Oh ya, in this game they are not allowed tonuse their hands to hold the crackers! 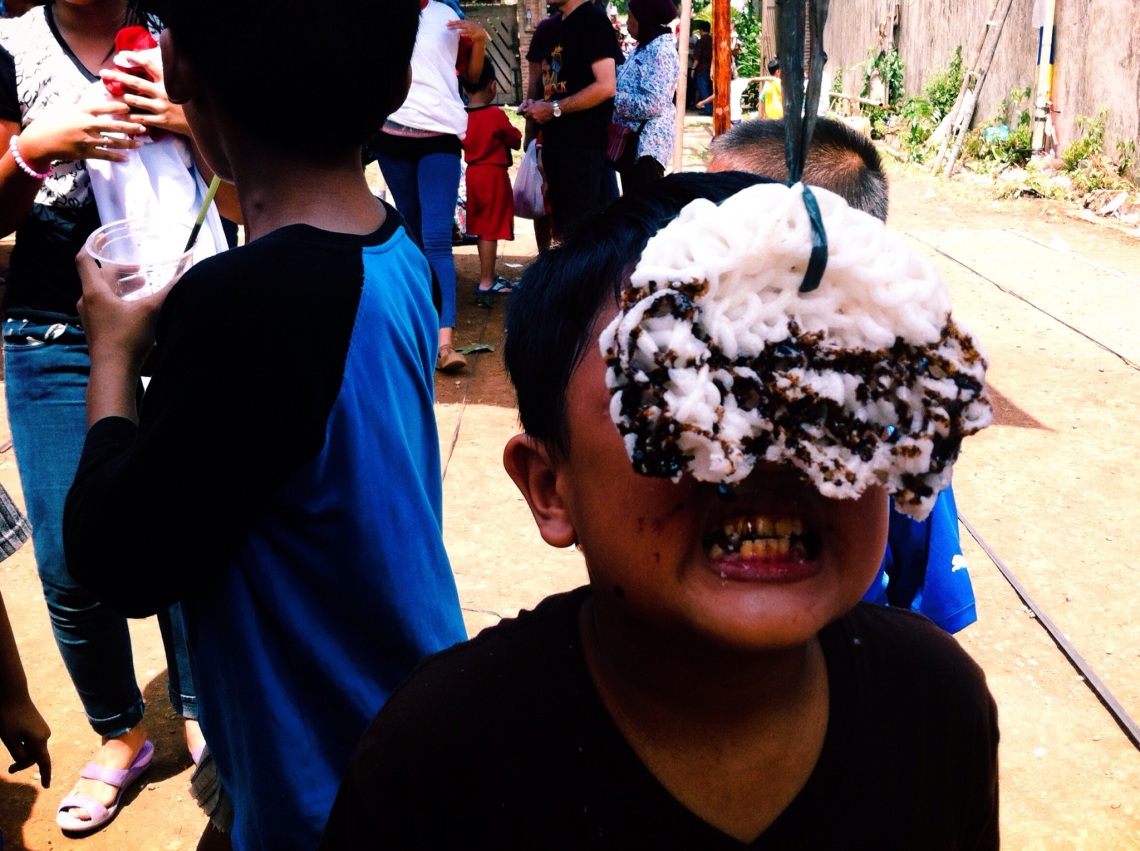 The other famous game is ‘rice-bag jump’ race. So in this game, several people will get themselves into a rice-bag and then jump or run until the finish line.

And the peak celebration by many communities is the ‘climbing the slippery beatlenut tree trunk’ race. Groups of people, mostly adult men, will try to climb a tree trunk that has been covered by oil or grease in order to get things or gifts that are hung on top of the trunk. This is the most favorite game because the diffilculty of fulfilling the task and usually we can see many funny acts or behaviors of people when trying to climb it.

So those are only some example in how citizen and communities in Indonesia celebrate their country’s birthday. There are many other things done as well –depends on what the interests or hobbies of each people.